I love being in motion and I often feel like I don’t travel as much as I want. But is it true? Now an online survey inspired me to count how many countries I've been to and I was genuinely surprised by the result. After revealing the magic number, I also tell you which locations have the most special place in my heart.

How many gods lived on Mount Olympus? How many petals does the lotus flower (symbolizing the heart chakra) have? Did you figure out the number? Okay, another hint: how many months does a year have? Yes, the number is twelve! Hardcore globetrotters might make fun of this but for me, it is indeed a big word (I mean number) especially because the first time I travelled by plane was last year. Thus I chose the fastest means of transport only 3 times (Malta, Birmingham & Cyprus) out of my 12 journeys  because I was terrified of flights before (and was longing for getting above the clouds at the same time… I know, it is a strange paradox) and preferred car or bus rides instead.

After the long introduction, let me show you an unusual bucket list: I’ve already checked these items on my list of dream locations so officially, I can’t call it a bucket list but it is… because I would return to these places anytime and under any circumstances to discover them even more thoroughly.

This little fairy-tale town was supposed to be a supporting act during my Venetian trip but it managed to completely steal the show from the protagonist at last. I wasn’t feeling very well when I was there and the houses weren’t as vibrantly colorful as they seem online (Photoshop, ahem…) but still, it is impossible to resist the modest charm of this place. After the stifling crowd scenes in Venice, it was refreshing to take a deep breath here and to walk along the narrow canals. (It’s undeniable that the architecture and unique geographic features of Venice are absolutely impressive but I couldn’t enjoy it very much because the crowd almost made me claustrophobic).

Besides the colourful houses, Burano is also famous for its lace and the spectacular glass manufacturing techniques borrowed from the nearby island called Murano. In addition, we can find the sibling of the Leaning Tower of Pisa: the tower of San Martino Church in the main square. We can take a special boat called vaporetto from Venice to visit Burano, it takes approximately 40 minutes to get there.

Fun fact: the houses were painted so colorfully so that the fishermen living on the island could easily return home from the sea even in a big fog. 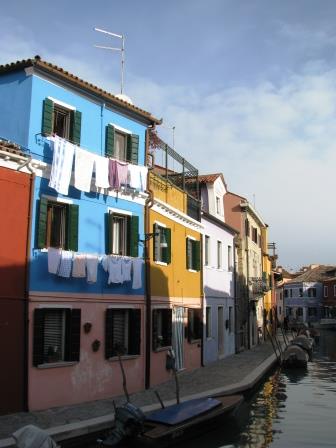 You could easily accuse me of being infatuated and biased when talking about Omiš as this tiny Dalmatian town was the location of my first seaside holiday. I will never forget the moment I first saw the never-before-seen blue and green shades of the Adriatic Sea. No doubt it was love at first sight and I was lost completely when I caught a glimpse of the bare, gray mountains dominating the landscape of the region. The mountain-sea combination has since become my biggest weakness and (spoiler alert!) it will reappear on this list.

Omiš is located where the Cetina River meets the Adriatic Sea and one can rarely see such a genuinely picturesque place. The Mirabela Fortress offers a fantastic view of the old town as well as the river running through the rocks. If we get bored of sunbathing in the beach and exploring the historical monuments, some more challenging activities await us as well: we are given the opportunity to do some extreme sports like rafting on Cetina River, rock climbing or paragliding (a funny memory: one of the paragliders descended into the crowd on the beach as if it was the most natural and common thing to do in the world).

Fun fact: the town was once inhabited by pirates and thematic programs are organized from time to time in memory of that period, for example a 13th century pirate battle is re-enacted every August. 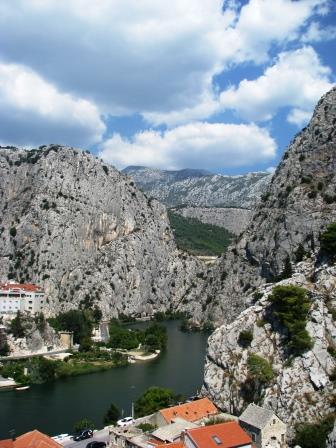 Kotor Bay is also the love child of water and earth, the two primal elements and at the same time, it is a unique geographic formation as well: it is one of the greatest natural bays of the Adriatic Sea and the southernmost European fjord. It’s obligatory to visit the St. John Fortress – climbing the stairway consisting of more than 1300 steps may torture our lungs but we are rewarded with muscular legs and a scenic view afterwards (which cannot be spoiled not even by the gigantic random cruise ships in the bay). It’s not a surprise that Kotor is a World Heritage site and it is also a symbol of wilderness to me.

I managed to visit numerous other places in this Balkan country, I have a separate, detailed blog post about my memories.

(Not so) fun fuct: in 2017, rumours said that Kotor might be in the verge of losing its World Heritage status due to the growing tourist masses as the buildings serving them threaten the authenticity of Kotor's old town. (Extensive tourism is becoming an issue in other popular European cities as well such as in the previously mentioned Venice.) 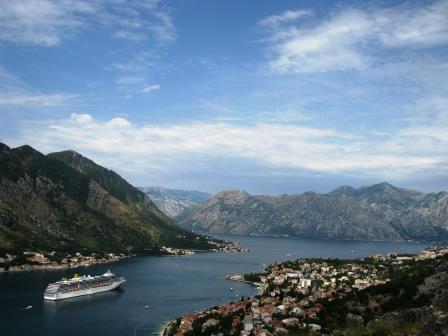 Peace, proximity of nature, fresh, crisp air, postcard perfect color contrasts of the lake, the woods and the mountains: some of my impressions of Lake Bled and its surroundings. Walking around the lake is a refreshing and relaxing experience and our path is accompanied by bird song and lush green forest. The 6 km distance is suitable for the lazy ones as well.

Meanwhile, you should not miss a pletna boat ride: you can approach the island situated on the western part of the lake with the hand-powered traditional boats of Bled. It may seem like an exhausting, sweaty and not too dignified profession, but running these 20-person boats is a real privilege inherited from generation to generation. After conquering the tiny island and the church on it (and ringing the famous wishing bells), you might want to have a bird’s eye view of the area resembling to a Disney scene: let’s go to Bled Castle!

Fun fact: the cream cake of Bled is very famous and the most authentic and delicious version can allegedly be tasted in Park Café. Unfortunately, we missed it but don’t you follow our lead. 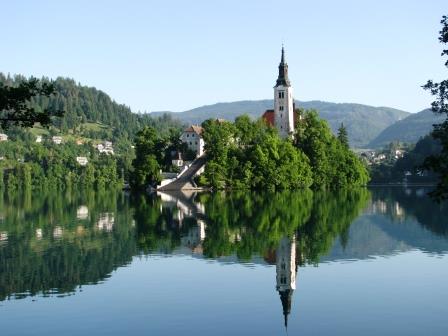